What anime I recommend series!

I want to start a series for BLUESANIME called What anime I recommend! In this series I will give one or more anime I recommend and why! So if you care about my opinion which I hope you do stay tuned!

Why I recommend it

The first one recommend is……

In Another World With My Smart Phone!

This is a must watch for Isekai

What confuses me is the fact that almost no one ever talks about this one!

I heard about it years ago and decided to watch it to mo months ago! witch, I highly regret it!

BECAUSE IT WAS FREAKING AWSOME!

IT HAD BEEN FOREVER SINCE I DECIDED TO WATCH AN ENTIRE ANIME SERIES IN ONE NIGHT!

THEN I STILL WANTED MORE!

I IMMEDIATELY started to look up when season 2 was coming out or if it was out already!

What this anime is about!

I will do my best to keep spoilers to a minimum!

One day Touya Mochizuki  was killed by a bolt of lighting,

he was told that by god.

God told him he was throwing lighting around and accidentally hit Touya. Touya was very forgiving.

Not long after that God tells him he is going to resurrect him and asks if there is anything he would like,

God granted him that request as giving him completely upgraded stats and an Affinity that every type of magic!

After Touya wakes up in the new world! Then his phone starts ringing it can only be on person tells him there is a map on his phone and to follow it!

This anime was extremely enjoyable I love the characters I love the story it’s just overall enjoyable to watch. These are the genres  Adventure, Comedy, Dub, Fantasy, Harem, Magic, Romance, Isekai

IF YOU WANT THIS SERIES ENG DUB TAP HERE

What is a loli? Why do we love them?

MY BEST GIRL IS THE BEST! Who’s yours? I want to know!

What age should a kid start watching anime?

Enjoy ad-free anime streaming from our huge library of subs and dubs, and stream your favorite titles when and where you want to. 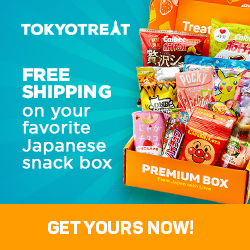